Selecting nearest data for one time 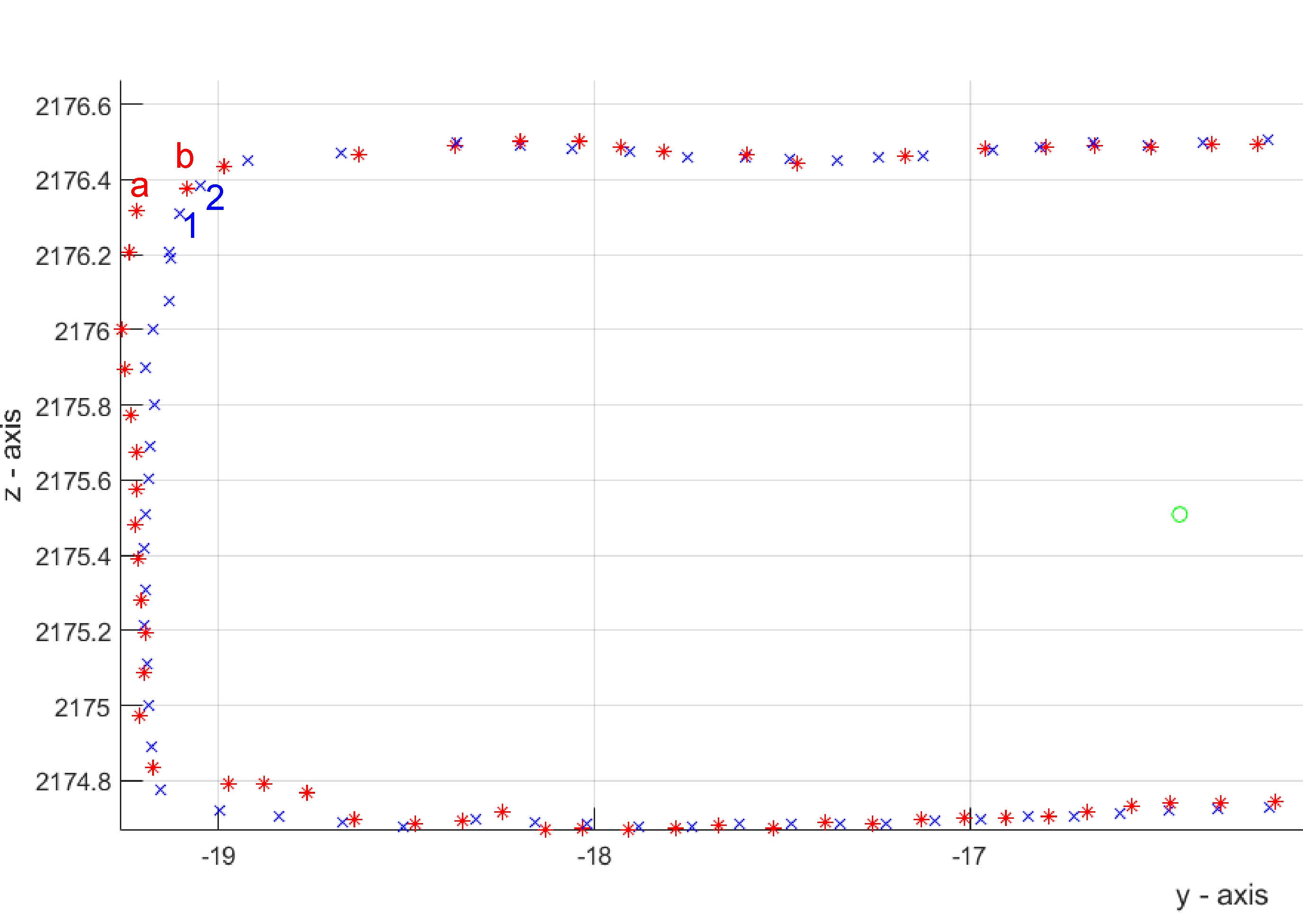 ⋮
Is there a 1:1 mapping of a '*' and an 'x'? IOW, are there the same number of observations for each? Seems to meet the criterion of "Every * have to be used only 1 time in calculations for the nearest X". But, in that case it really isn't the nearest x in distance but the next one after the previous one was used up.

⋮
Yes it has same number of observation.They have both 100 data. Do you have any suggesiton about my problem. X and * ar not in same order... Thank you..

⋮
OK, that eliminates the easiest...altho from the figure it looks like there are several instances of multiple x values between * which makes it appear there would be more x's than stars.
If that's just a plotting aberration and there really are even number of each and you want to progress to not reconsider the same 'x' a second time, then keep a separate "used" logical vector and mark each location which is used when it is taken and then remove the data for that index from the searchable array...this could be done by using a logical array as the index of the x data array instead of the whole array and by setting the given index to false so it doesn't appear in the search of x values to be reselected a second time.

Bhargavi Maganuru on 5 Aug 2019
⋮
There is a similar question which may be of relevance to you : https://www.mathworks.com/matlabcentral/answers/464446-distance-difference-from-center?s_tid=answers_rc1-1_p1_BOTH