What is Validation data in deep learning?

Syed JABBAR SHAH on 23 May 2021
⋮
Answered: Philip Brown on 21 Jun 2021
Accepted Answer: Philip Brown
Hi, I am new to deep learning and I am struggling to grasp the concept of validation and its interpretation in training progress plots.
As far I understand after some Googling, it is a check on how the model is behaving during training before deploying on test data.
My question is what is validation data and what it validation accuracy and how to interpret. I would appreciate if some help me to understand in simple words.
Best,
Jabbar 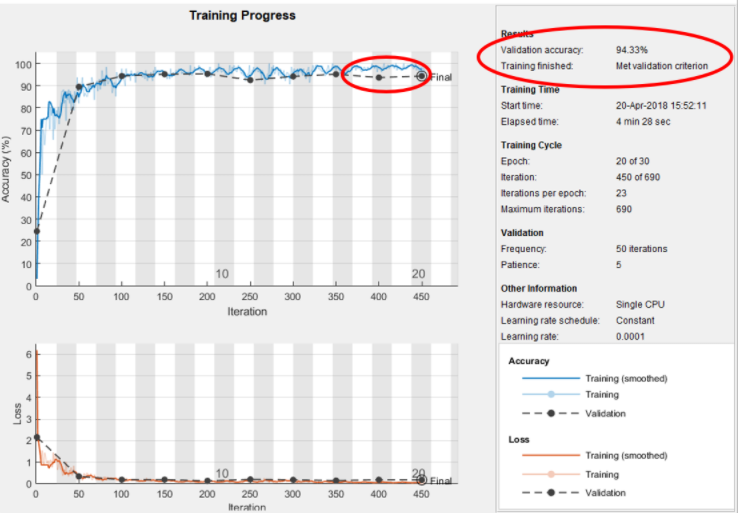 Lei Liu on 29 May 2021
⋮
I'm also a newcomer to neural network learning,perhaps some of this page will help you:
https://www.mathworks.com/help/deeplearning/ug/setting-up-parameters-and-training-of-a-convnet.html?searchHighlight=overfitting&s_tid=doc_srchtitle