ErikJon Pérez Mardaras on 17 Jan 2021
⋮
Commented: ErikJon Pérez Mardaras on 17 Jan 2021
Accepted Answer: Mischa Kim
I am making an app on Matlab app designer which consist on the following as you can see below: A graph panel and a Button, which when clicked, a circle that I have defined in the code is drawn. The issue here is that I have made two different codes that work perfectly in the command window but in app designer only works one, while the other one does not. 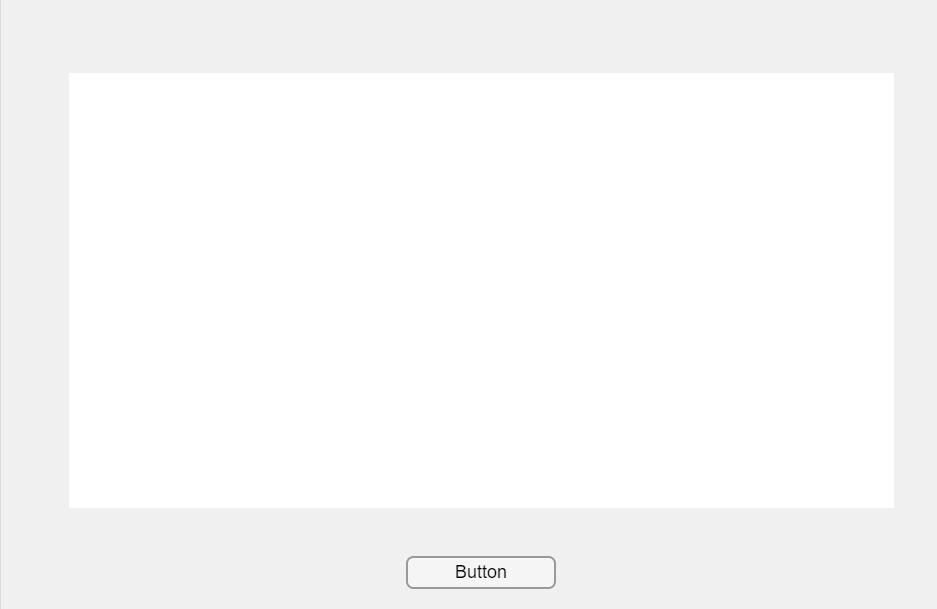 One of those both codes I have designed is the following one. Here I define the code of the circle I would like to draw when I click the button 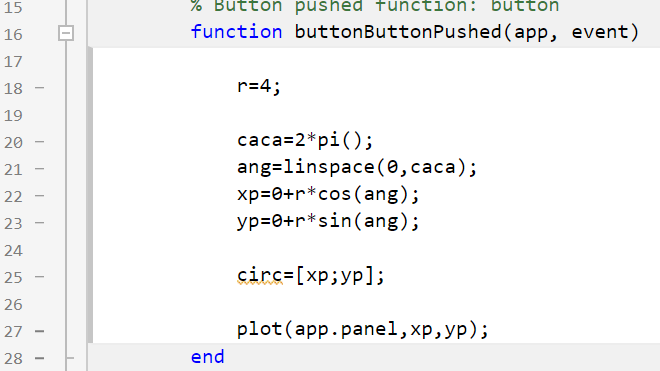 As you can see, It is drawn perfectly 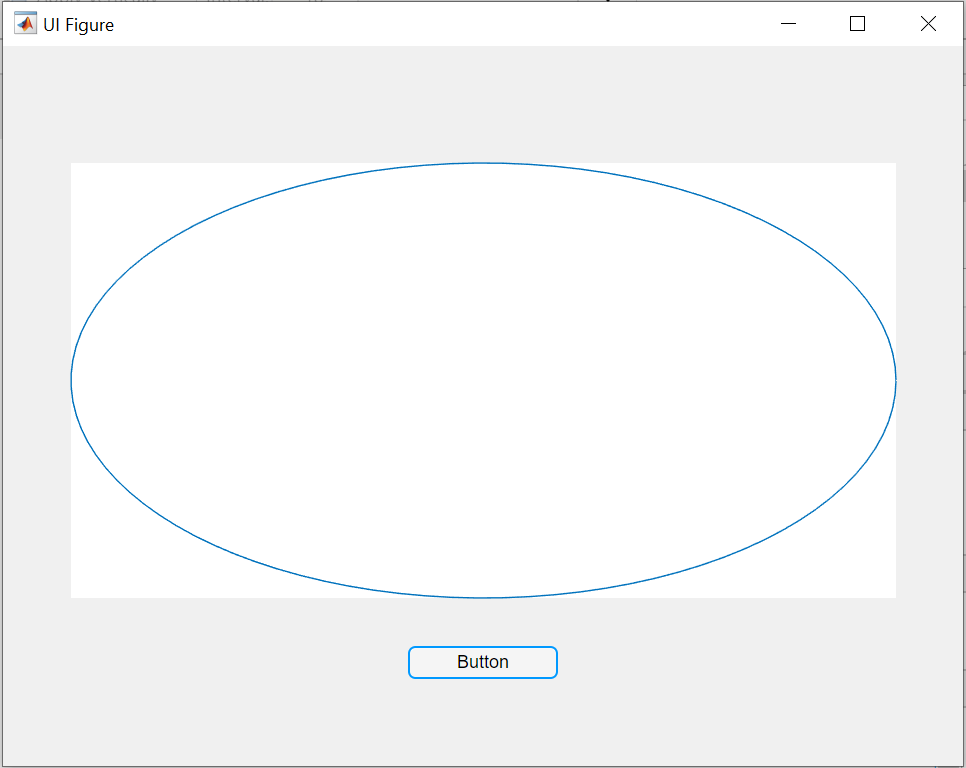 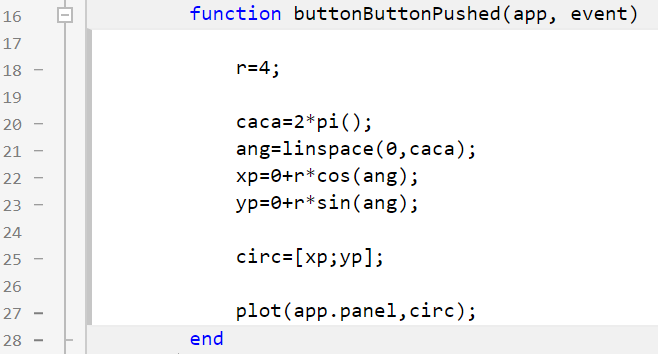 This is what it draws: 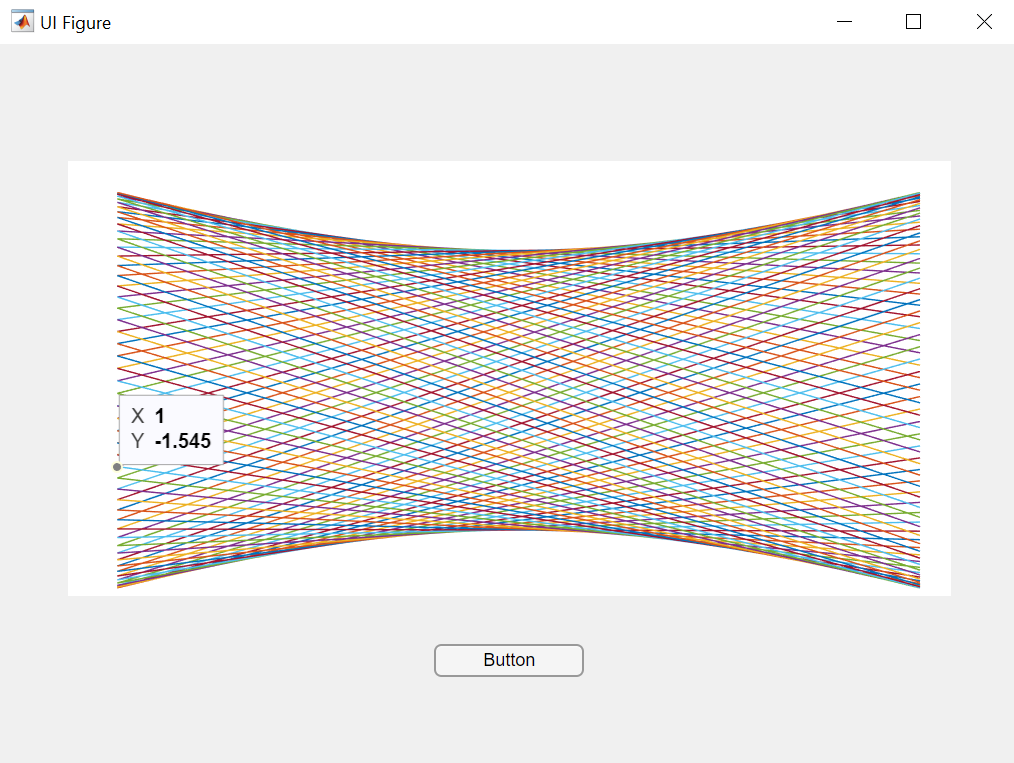 I would like to know how can I make the second code to draw the circle perfectly. Why doesn't it draw the circle? I don't understand why both of them work perfectly on the command window and thet don't on matlab app.designer.
Thank you very much!

Mischa Kim on 17 Jan 2021
⋮
Hi ErikJon, if the plot input is a matrix (e.g. your circ) "...the plot function plots the columns of the matrix (circ) versus their row number. The x-axis scale ranges from 1 to the number of rows in the matrix." So this is the designed behavior of the plot command for matrices. See the documentation here for plot(Y) for more info.

⋮
Different behavior between running from the command window and as an app would indeed be confusing. What happens if you run the following from the command window?
clear;
r = 4;
caca = 2*pi;
ang = linspace(0,caca);
xp = r*cos(ang);
yp = r*sin(ang);
circ = [xp;yp];
figure(1)
plot(xp,yp)
figure(2)
plot(circ)
For me this creates the same two plots that you are showing in your question, as it should.

⋮
Sorry! That's true. My fault
Thanks a lot for your reply!