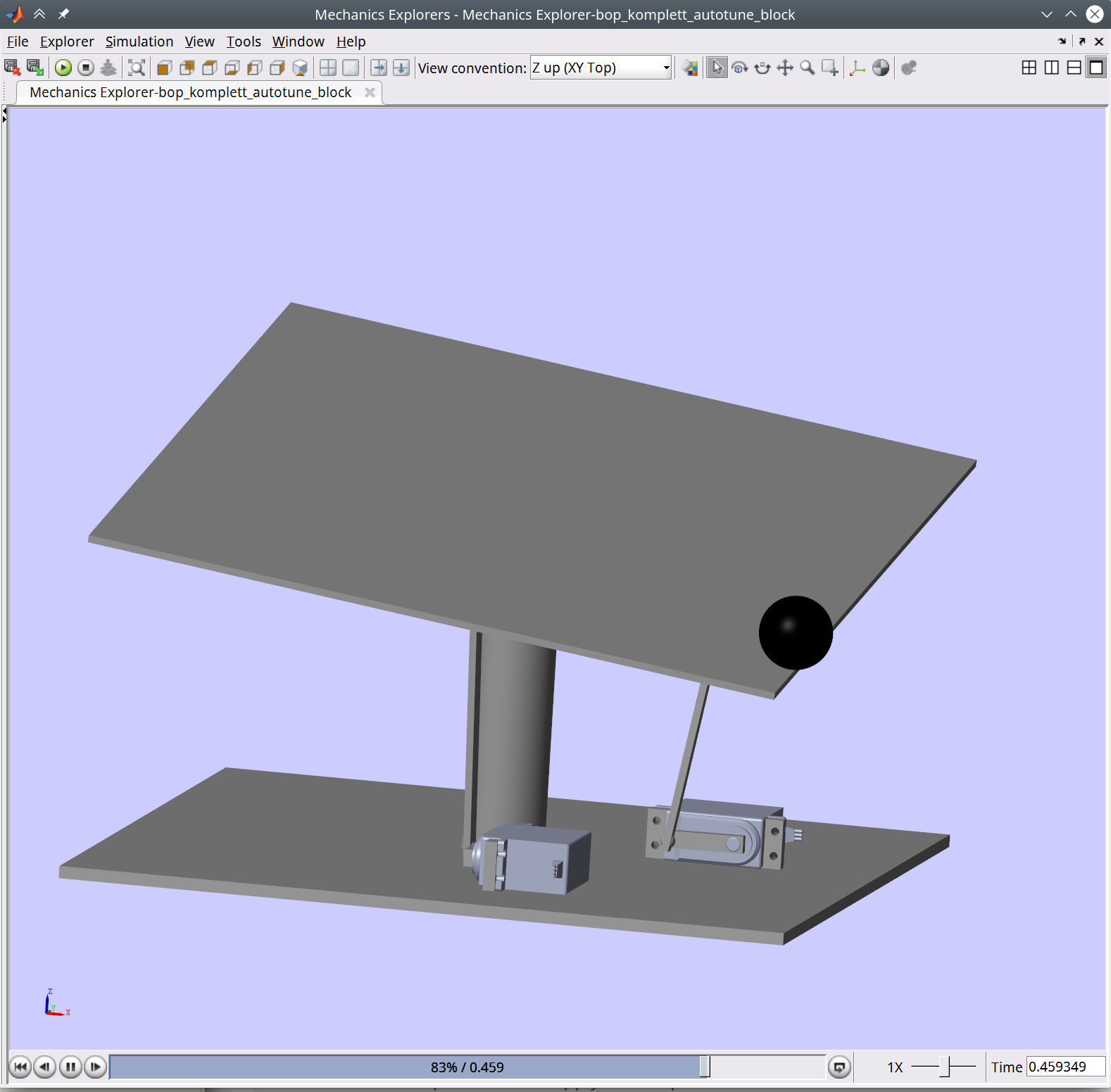 Here I read in another article (https://de.mathworks.com/matlabcentral/answers/135228-pid-tune-plant-cannot-be-linearized-why) that the linearization of the controlled system can also take place at another position than the zero point. But also this approach failed.
My second approach was to parameterize the PID controller using this guide:
Again, no useful parameters come out.
(https://de.mathworks.com/help/slcontrol/ug/pid-autotuning-for-a-plant-modeled-in-simulink.html) 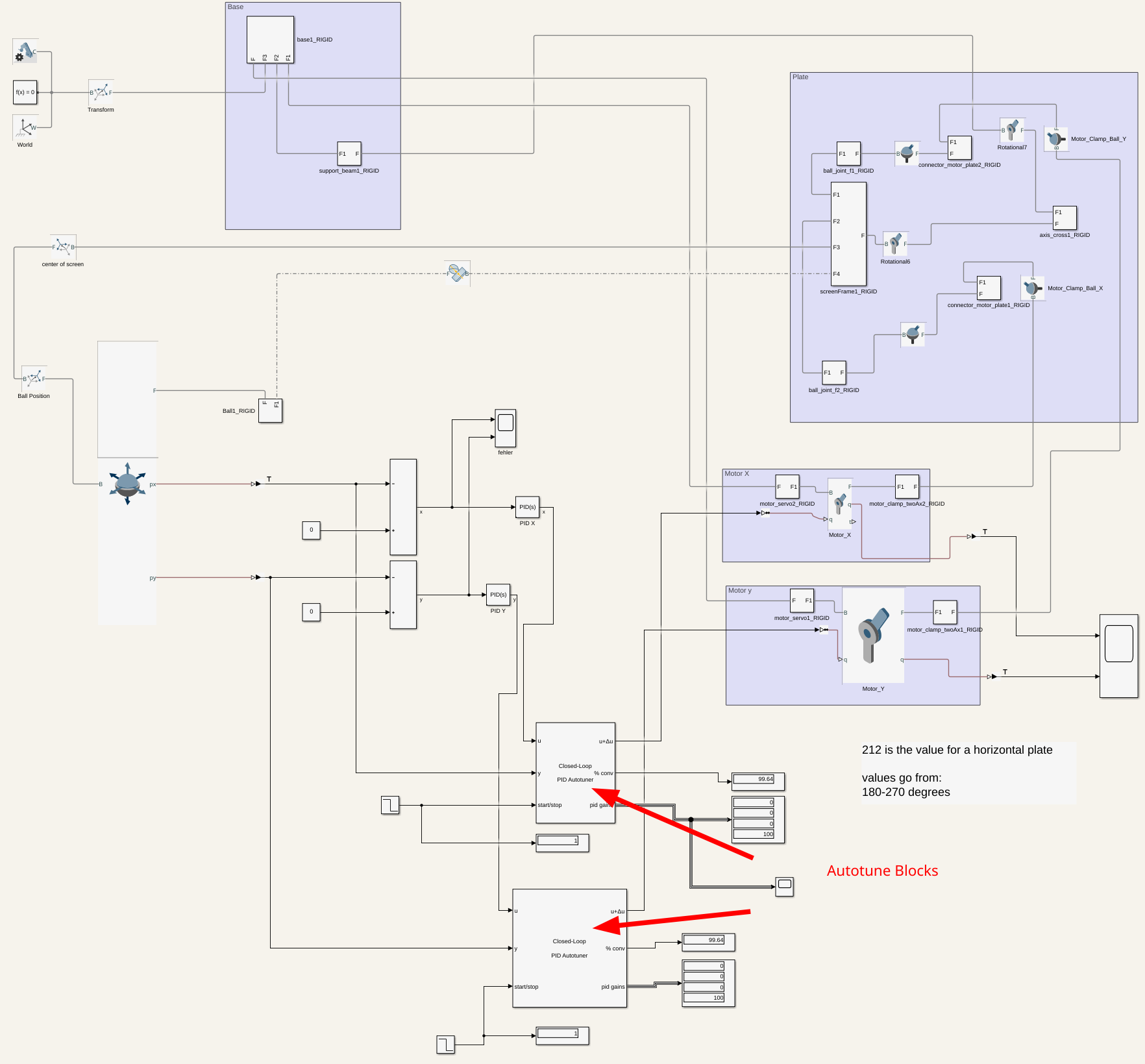 Now I wonder if I have a basic problem with the PID controller blocks or Simulink or Simscape Multibody. Am I doing something wrong?
Simulink model is attached. "bop_komplett.slx"

Juan Sagarduy on 6 Nov 2020
⋮
Hello Florian
Looking at the snapshot, it looked strange that you have a closed loop control but the motor joints are in kinematic mode (fed with angle q).
I would try the autotuner, but set the joints in dynamic mode (actuation torque from the controller). This is the conventional approach.
If that does not work, then there can be a challenge in linearizing the plant.
Good luck / Juan

⋮
Hello Juan,
thank you for your quick response.
The motor connections are intentionally in angle mode. They are intended to simulate servo motors that will later be controlled by an external program.
In fact, you have already answered another question related to this project. https://de.mathworks.com/matlabcentral/answers/616853
A Ball on Plate System can be operated with a PID controller as many other examples have shown.
How can I solve the "challenges"?
What would be a different method or approach?
I would like to avoid to build a mathematical model, because it seems to be too complex. After all, Simskape Multibody is made exactly for this.
Best regards
Florian Hofstetter

⋮
Hi Florian
If the kinematic mode is to be used and plant can’t be linearized, then the alternative is to use Design Optimization for tuning.
Your PID parameters are iteratively refined until the response (ball position) is within the accepted range.
Regards Juan