Leonardo Max Golusin on 19 Mar 2020
⋮
Commented: John D'Errico on 20 Mar 2020
Hello,
I found numerous similar questions to this one but none gave the answer I need.
As the title says, I am trying to find cct of LEDs using the algorithm presented here (slides 11-14). The problem I am having is finding the orthogonal projection onto the black-body line. I do not know how to program it. The graph with the LEDs(red) is shown below.
Is it even possible to find cct of every LED in these positions?
Thank you 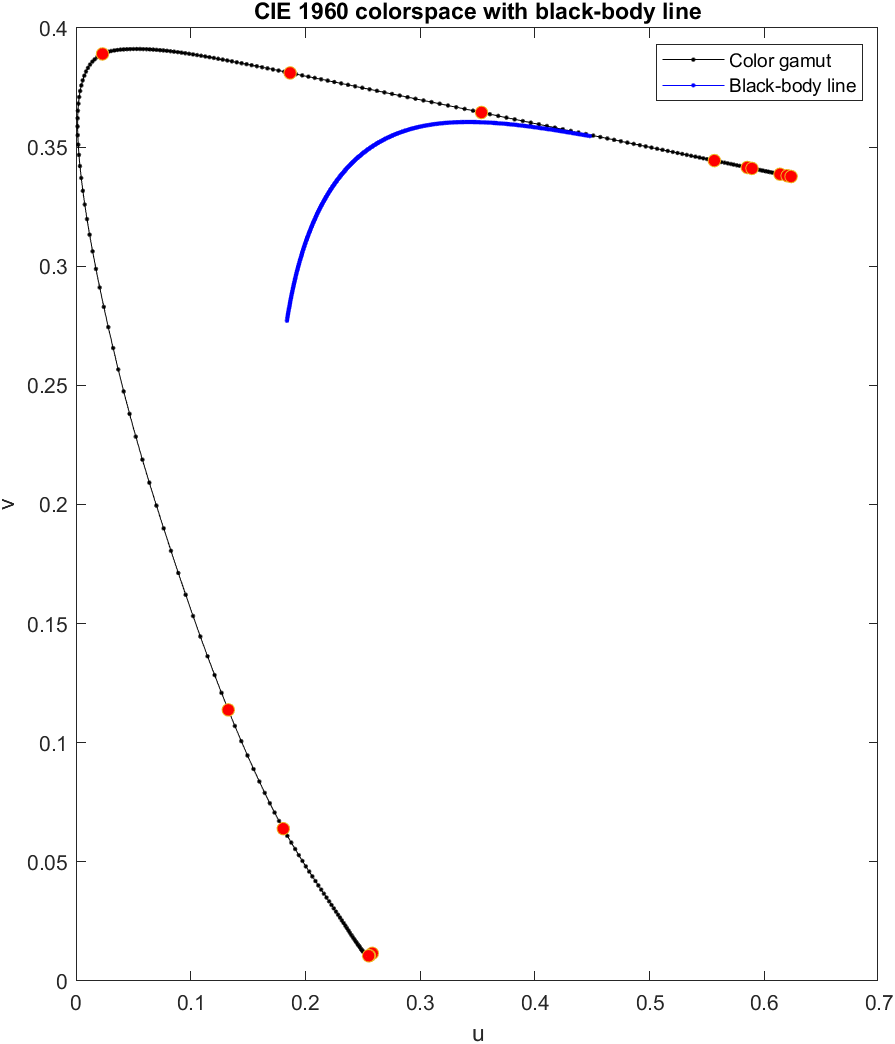 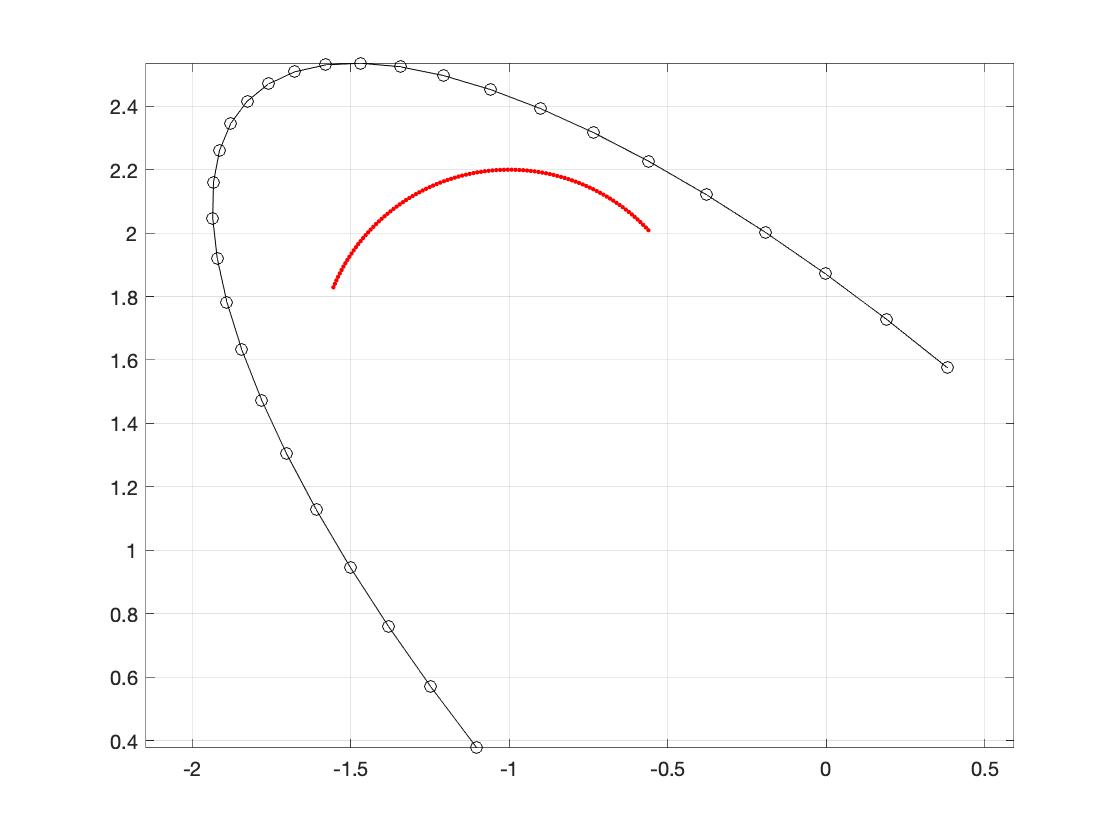 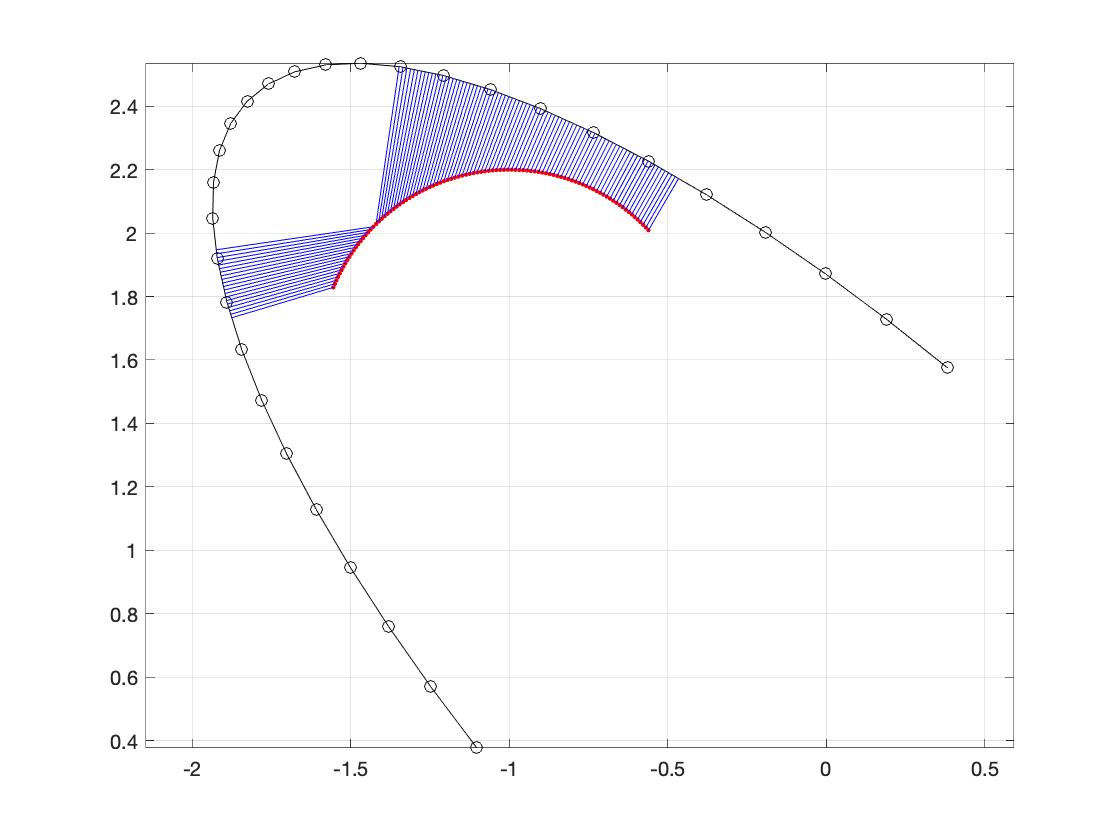 As you can see, there can easily be a discontinuous jump for that projection, but what can you expect given two nonlinear arcs? I doubt you care to know what the distance for that projection was, but the second output argument tells you that information.
A spline interpolant was used for the black curve, so I solve the equations to find the actual minimal distance to a curved arc of a spline in the code. Not that difficult, but you need to understand splines.
Find distance2curve on the file exchange for free download, here:
https://www.mathworks.com/matlabcentral/fileexchange/34869-distance2curve

⋮
The reason why I need orthogonal projection is because the algorithm for finding cct requires the line to the desired point to be orthogonal to the planckian locus. Otherwise, your function would work perfectly.

⋮
Then you needed to be far more clear about what you wanted. In fact, your question is still not remotely clear.
The closest point to a curved line will have a projection that is ALWAYS orthognal to the curved line. If it was not, then there would be another point on the curved line that was closer. Do I need to prove this statement? As such, if that is your only requirement, then distance2curve does exactly what you want. The only time there is an issue is when the curve to be projected onto is limited in extent, so it ends at some point. Then the closest point on the curve may merely be an end point. And of course, if the curve itself is not differentiable, then if it has a cusp on it somewhere that will again be a problem. However, I explicitly told you to use the spline option for distance2curve.
Be VERY careful, because if you do not scale the axes properly to have equal units, then even two lines that intersect at right angles will not appear to do so. Do I need to prove that statement too? I hope not.
So what is your question? Be clear.
plot([0 0;1 1],[1 0;0 1],'-')
axis([0 1 -1 2]) 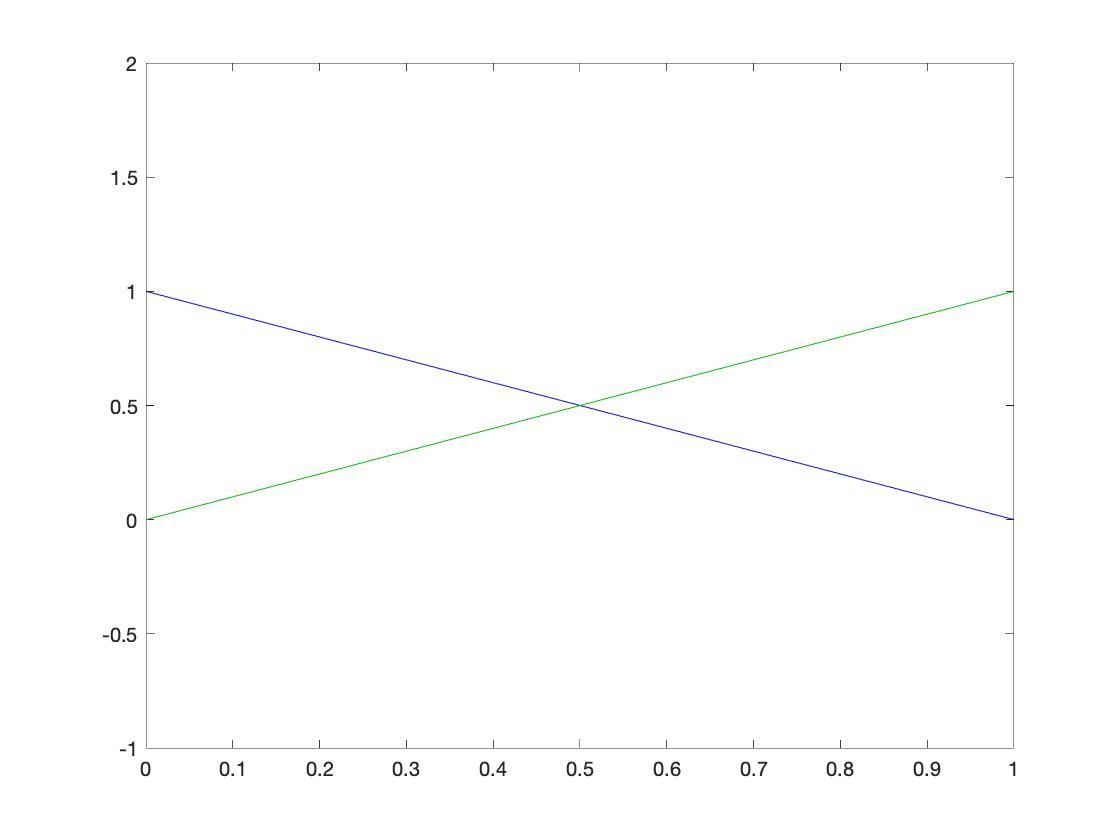 Do those lines look orthogonal to you? I hope not, yet they are provably so. Differential axis scaling will cause this.