Dwight Schrute III on 4 Sep 2019
⋮
Commented: Dwight Schrute III on 9 Sep 2019
Accepted Answer: the cyclist
Hello,
I have two matrices: One is an x-variable matrix (for example, 8 x variables as columns, with 1,000 rows, where each row represents a day). And one is a y-variable matrix (for example, 20 y variables as columns, with the same 1,000 rows).
I would like to calculate a matrix C that produces a rolling 100-day beta of each y variable to each x variable. Thus, C would have 20 * 8 = 160 columns. And moreover, since it's a rolling beta, the number of rows would be (1,000-100+1) = 901 rows (since the first 99 days wouldn't be eligible for a 100-day beta).
I have been playing around with various functions, e.g., corr, polyfit, and regress. However, none of these appear to address my query on rolling betas. In fact, I'm not sure I even see the ability to implement a rolling beta for just one variable in each matrix.
I would appreciate any guidance on this. Thank you!

⋮
What's a beta? Do you mean a regression coefficient? And by rolling, do you mean a moving window? 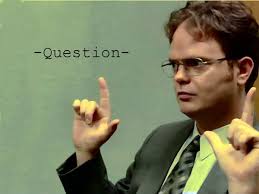 ⋮
Yes, by beta, I am referring to the conventional statistical definition, i.e., slope, or regression coefficient. Mathematically, beta of y to x is equivalent to: (correlation between x & y) * (vol of y) / (vol of x). It is also equal to: (covariance between x & y) / (variance of x).
And yes, exactly...by rolling, I mean moving window.

⋮
For each y (at one of the time points), do you want

⋮
It would be the second bullet. These would all be slopes associated with a specific regression of a given y vs. a given x (which is why there would be 20 * 8 = 160 combinations).

⋮
OK.
But note that there would 20*8 combinations for either of the above bullets. The second bullet gives 8 slopes, from 8 regressions. The first bullet gives 8 coefficients, in one regression. (That's why it needed clarification.)

⋮
Totally makes sense. I should have clarified it by saying that the x-variables don't interact with each other in the regression.

⋮
Another clarification ...
For a single time point, and a given y and x, do you want
These will be the same if you standardize your variables first (i.e de-mean and divide by standard deviation). But you'll have to standardize each window separately.

⋮
It would be the regression coefficient, i.e., the slope (or beta in my lingo).

⋮
Yes, a 20 x 8 x 901 matrix would be ideal, though it doesn't really matter much as long as we know what the dimensions represent. I can always use reshape to convert it to a format that would be desirable.

⋮
This is fantastic. Simple and effective. I also learned something new, i.e., that the backwards slash (mldivide) can naturally be used for a conventional beta calculation.
Separately, I thought I'd also provide some code for a function I created. It generates a rolling beta for a given set of x and y variables (in the form of a matrix). This function uses the built-in "mov" functions, so the general methodology and output format follow their protocol. What's neat about this function is that no loops are involved. (Also, "n" in this case refers to the length of the rolling observation window.)
function bet = movbeta(y,x,n)
bet = (movsum(x.*y,[n-1 0],'e','d')+movmean(x,[n-1 0],'e','d').*movmean(y,[n-1 0],'e','d')*-n)./movstd(x,[n-1 0],'e','d').^2/(n-1);
end

John D'Errico on 4 Sep 2019
⋮
Edited: John D'Errico on 4 Sep 2019
Is the x vector equally spaced? If so, then my movingslope code (found on the File Exchange) will do it trivially and efficiently.
https://www.mathworks.com/matlabcentral/fileexchange/16997-movingslope
If not, then nothing stops you from using a loop and polyfit. It still will be reasonably efficient. You could make it a little faster with carefully written code than polyfit, but why bother?

⋮
Unfortunately, the x variables are not equally spaced (though I did indeed see your nifty movingslope function).
A loop should work....I just wasn't sure if there was a more elegant approach embedded within Matlab somehow.

⋮
If the points are not evenly spaced, then the regression matrix changes for each location. You could write code that would work, not using a loop. It would look more elegant. It might take more memory though.
For example, you could write it using an update and downdate for a QR decomposition. Adding one point at the end, then dropping the first point. It would still be a loop. And the update/downdate would be slower then just throwing backslash at it, or even polyfit.
Or, given a simple regression for just a simple slope, you could do effectively the same thing. The formula for the slope is easy to write down. So, again, it would be easy to do, though still a loop.
Is this something you will be doing often? If so, then it would be worth the programmer time to do it better. But for a one shot deal, I'd not bother. CPU time is really cheap, and for a problem that is not a bottleneck in your task, a loop is easy.