How to detect drone against foreground?

Kang Hao Tan on 10 Apr 2019
⋮
Edited: Image Analyst on 17 Jan 2022
Good day to all, I am working on a object detection algorithm in Matlab for detecting drones in the air. My algorithm works ok when detecting drones against a clear sky. However, when the drone flies 'below the horizon line', the algorithm has difficulty trying to isolate the image blob against the ‘foreground’ as the regionprops function would generate too many bounding boxes to be useful. I have tried using the detectSURF functions but this does not work either.
I have attached a photo from the video stream to illustrate my problem , and the drone is circled in red.
I would like to seek advice on how to best detect the drone in such situation , without having to use any form of neural networks or machine learning. My algorithm currently focuses on image processing to isolate the target using RGB or HSV colorspace. Would greatly appreciate it if anyone can enlighten me.
Thank you.
Regards,
KH 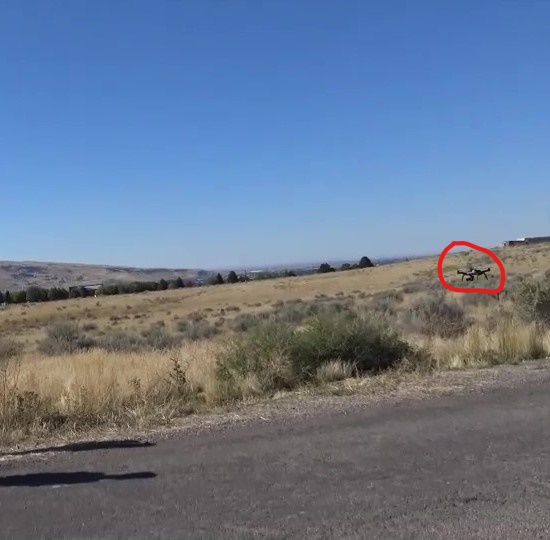 ⋮
Kang Hao Tan did you have any further success on this?
I am working on much the same problem

⋮
@Tim Norton, did you try to look up the IS&T Electronic Imaging proceedings from 2018?

Image Analyst on 10 Apr 2019
⋮
Edited: Image Analyst on 17 Jan 2022
A paper was given on this topic at the IS&T's Electronic Imaging conference in January 2018. I don't remember what group did it. Try to look it up in the conference proceedings. They even had multiple drones over a variety of moving backgrounds and were able to track them successfully in a video.
Try this link:
https://www.ingentaconnect.com/content/ist/ei/2018/00002018/00000010/art00017