⋮
Google translate from title:
What is the cause of the change in the estimation result of the Bode plot by changing the amplitude parameter of the estimation input signal?
Google translate from question body:
We derived the Bode plot using the Control System Toolbox from the model of the mass - spring - damper using Simscape 's controller. As a result of performing linear analysis and estimation using the command part as "input perturbation" and the output part of the Motion Sensor as "measured value of output", as a result of changing the set value of the chirp amplitude of the estimation input signal, The result also changed the waveform. Please tell me what kind of things can be thought of as a factor to change the waveform, taking the sample model above as an example.
As the simulation setting, initial condition was set to 0, mechanical system parameter was set to 1, PI gain was set to 1, respectively. 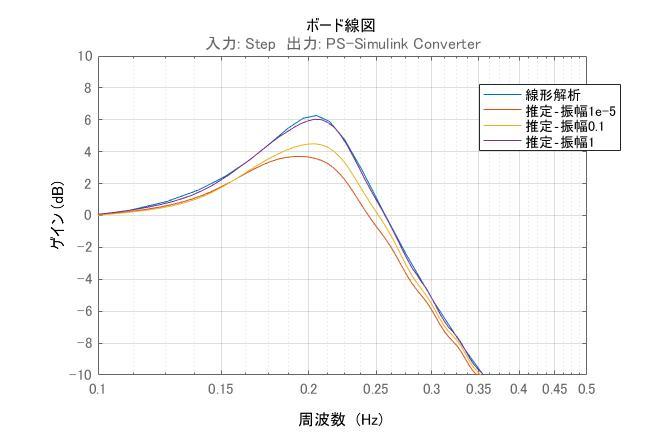