Matthew Connolly on 4 Feb 2016
⋮
Answered: Steve Miller on 20 Nov 2022
I am attempting to model the behavior of a lever, (specifically a throttle mechanism), which has "hard stops" in it that require the lifting of an auxiliary handle to pass. I have constructed a preliminary model wherein I have constrained the internal "guide pin" of the throttle lever to the path of the tracking plate it is supposed to follow, however I am not observing a resultant force when the pin ascends the incline. 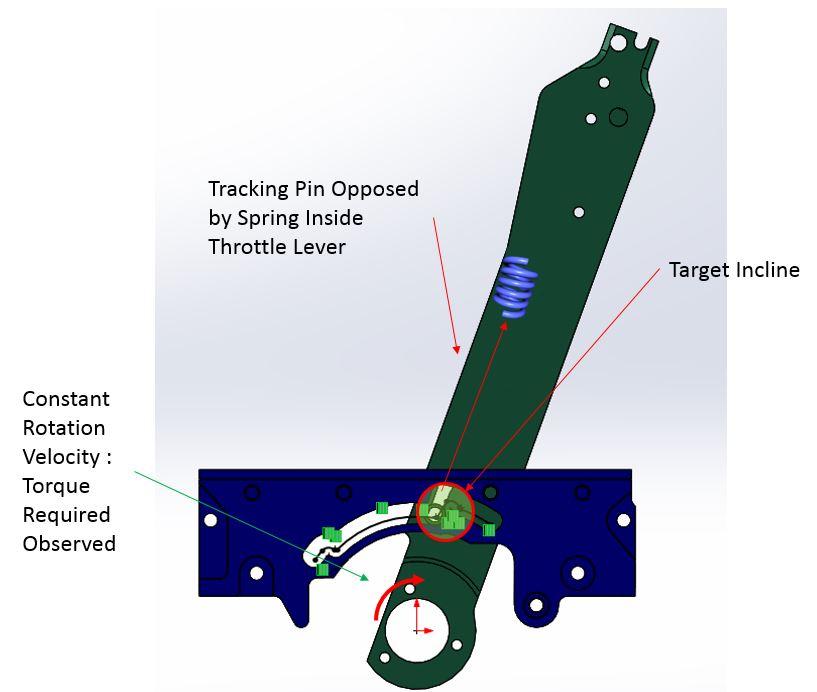 Observed Torque Response. Demonstrates torque increase due to spring response, but does not model force required to move the pin through the incline at the "hard stop" portion of the spline.

Model of Spline
Ultimately, I would have much preferred to do a contact simulation of this model (which I am almost certain would solve the current problem I am having), but if anyone has any input as to a way to generate the physical behavior I am trying to model, I would certainly appreciate it.