How can I calculate and plot a 3D pointing vector from a 2D azimuth and elevation angle? 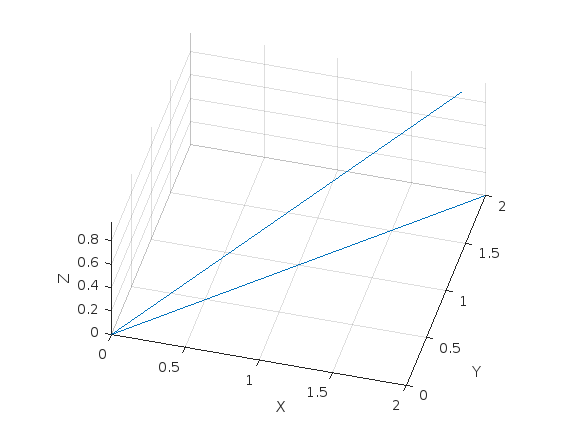