From Model to Racing in Five Minutes

From the series: Student Teams Share Their Keys to Success

From model code generation to actually racing on the track is a process that only takes five minutes.  Formula Student Team Delft members, Tom and Daniel, join Christoph Hahn, of MathWorks, to demonstrate the controller design process. To provide insight into the workflow the team presents two software demonstrations, one on the yaw rate controller and the other on code generation, and then they interface their Simulink® model to the engine control unit.

The main goal in designing vehicle controls is to improve the drivability and performance of your racecar. The Formula Student Team Delft shows how the different controllers interact to achieve the optimal power rate - which in the case of the Formula Student Competition is the power limit that is set. Tom and Daniel emphasize simplicity when developing the controller in order to maximize acceleration while maintaining grip.

In a software demonstration of the yaw rate controller the team uses IPG CarMaker, which integrates easily with Simulink, to enable early testing. Code generation is the second demonstration and Tom and Daniel show how you can generate your code in just a few minutes.  In just a few more minutes you can put that code onto your ECU for a total of five minutes between building a model and actually racing.  Another benefit emphasized by the team is that with these tools, there is no need to manually generate code.

When it comes to control model design, Tom and Daniel recommend starting with the basics such as a simple, one-track model. They highlight the benefits of early testing and using software such as CarMaker to simulate designs. By testing early in CarMaker, and on an older car, you can then put the control system on the finished racecar and immediately begin tuning and allowing the driver to become familiar with the car without wasting any time. 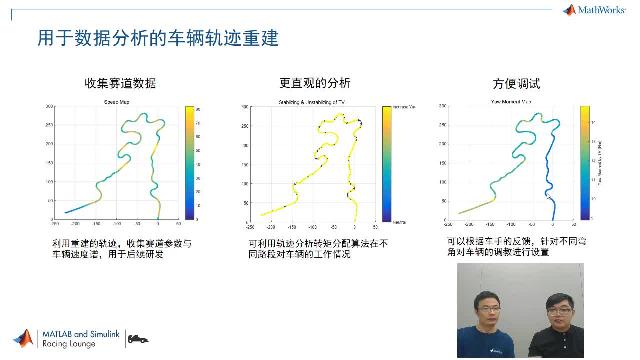