Colormap Editor, a "fixed" bug leads to other bugs?

Xingwang Yong on 14 May 2021
⋮
Edited: magie on 16 Dec 2021
In R2020a on windows 10, if you adjusted the system scaling factor, e.g. to 125%, then every time you open Colormap Editor, it will be bigger than last time, as noted here.
This bug can not be reproduced on R2018a, at least on my PC. So this bug may be newly introduced in R2020a only.
Anyway, I contacted Matlab Support and they told me it is "fixed" in R2020b. I installed R2020b. It turns out Colormap Editor is totally re-designed. So it is "avoided" or "left-over" rather than "fixed". The bug mentioned above disappears in R2020b, however, many more "bugs" (or unwanted features) appears. Here are steps how to reproduce one of them.
% Matlab 2020b
% 0 Change your scale factor to 125% in Windows settings: System-->Display
% 1 Open a saved figure, and open its Colormap Editor and close its Colormap Editor
% 2 Open another saved figure, then open its Colormap Editor, you'll find
% its colormap limits con not be edited, and colormap lower bound is 1,
% upper bound is 10.
Only after I close all the figures and reopen one, I can edit the colormap limit. Also, the newly-designed Colormap Editor is much slower than the older one when opening. This is really frustrating.
I have attached a short video to demonstrate how I reproduced the bug.

⋮
Edited: magie on 16 Dec 2021
I have exactly the same issue for quite a while now. Currently I am using R2021b but it happened also in previous releases. I attach two screenshots, the first, how the color map should look like with color limits between 1 and 5. I cannot tell how and when it happens but eventually I frequently find the color limits fixed (cannot be edited) between 1 and 10 and I have a completely different color map - although the image is displayed with the colors as defined before.
Very annoying to work with this colormap editor ....
Thx for any help in advance. 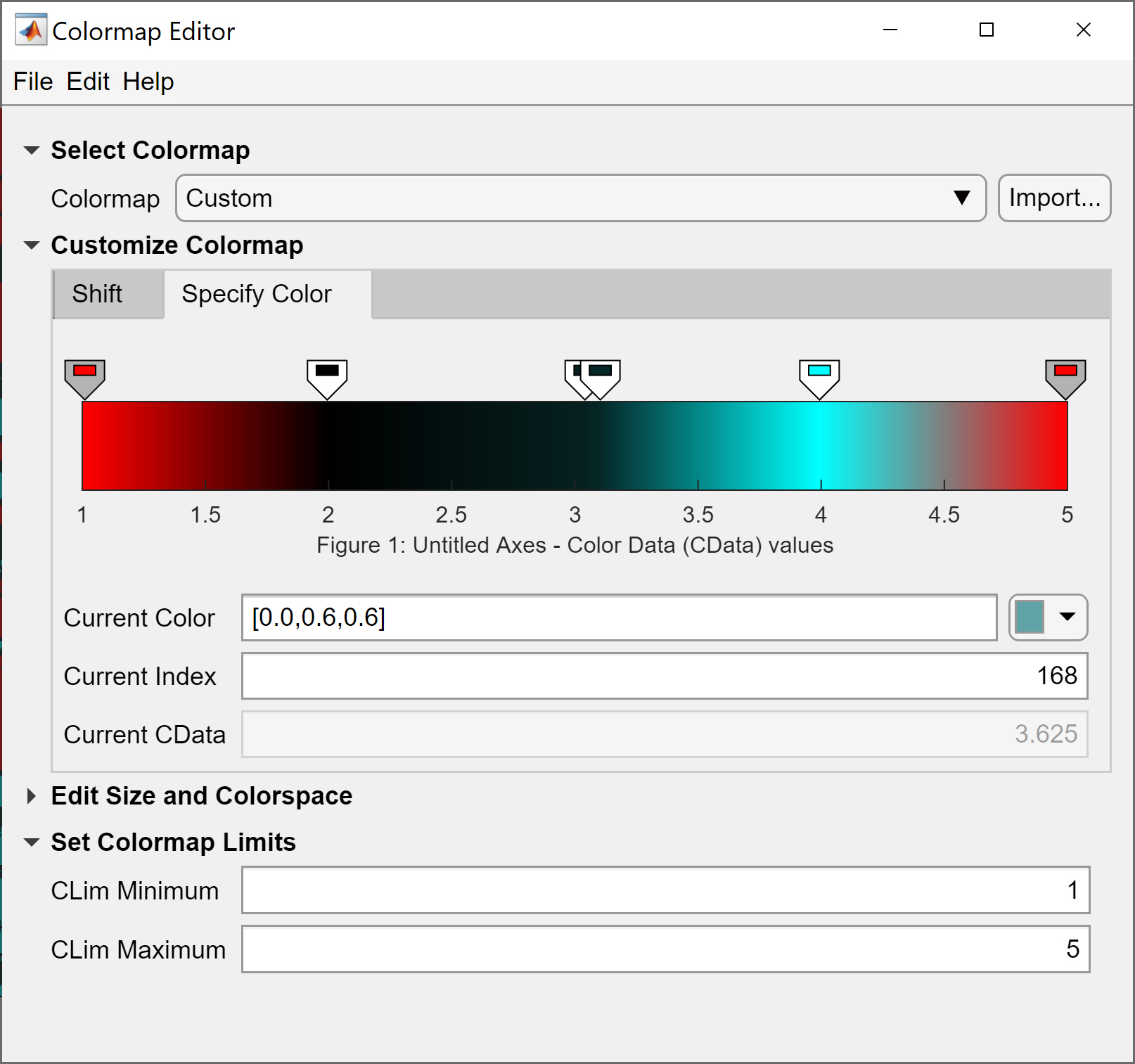 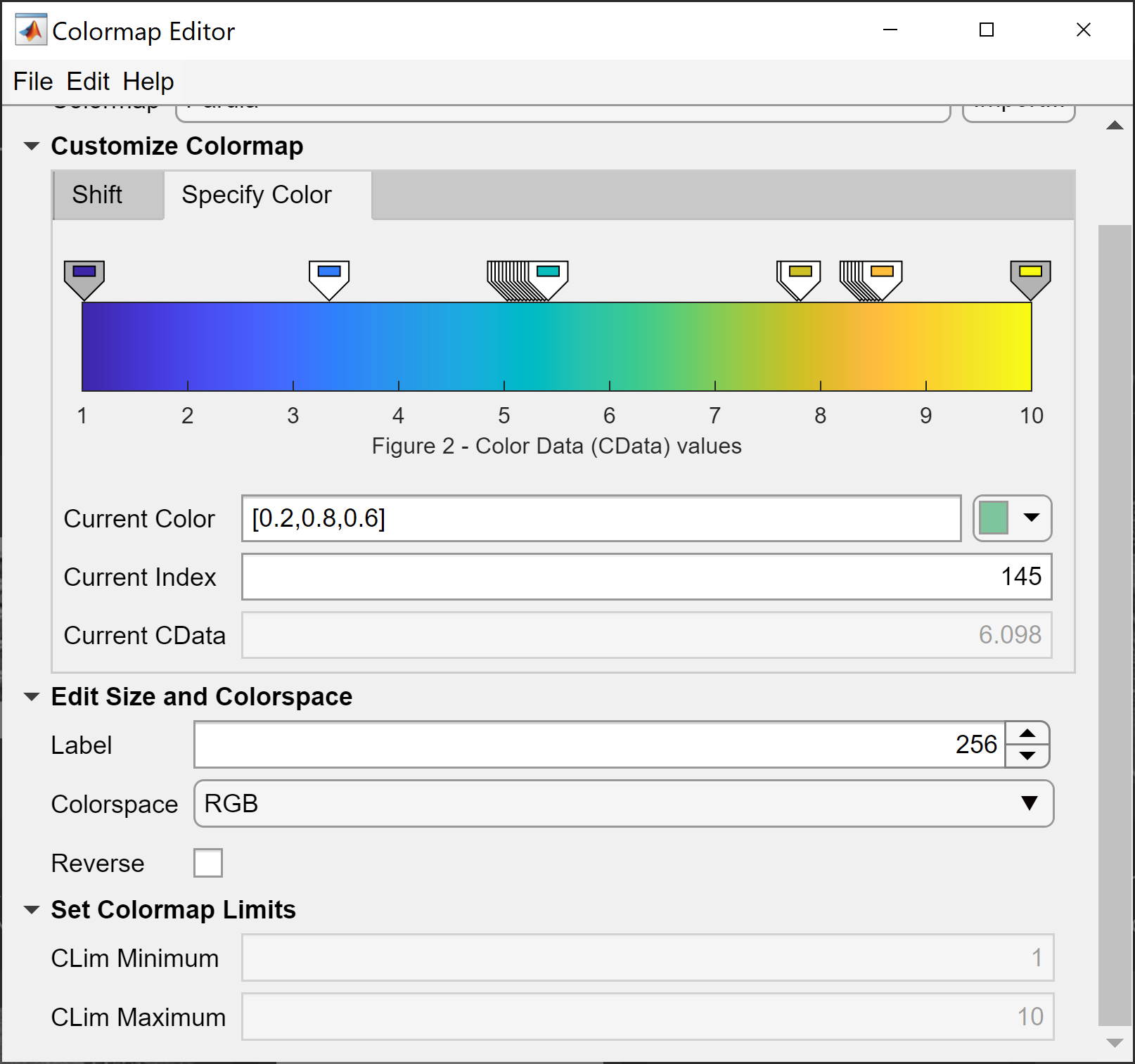 ⋮
Edited: Xingwang Yong on 16 Dec 2021
@magie As far as I know, there is not a way to fix it. To make life easier, I just switched back to R2020a. The new colormap editor is really slow. Unless you want to use new features in new version, I suggest you use older versions instead.

⋮
Edited: magie on 16 Dec 2021
@Xingwang Yong Thx for your answer. I feared so because this bug have existed throughout several releases. Unfortunately I use some of the new release's stuff. I only hope that repeated complaining about this bug might help that Mathworks eventually provides a solution .... it's annoying. At least they solved the issue with increasing window sizes of the colormap editor in the meantime ....