i want to ask how to adjust image contrast,

khalid Elserfy on 12 Dec 2018
⋮
Answered: Image Analyst on 14 Dec 2018
i want to adjust the image contrast, the problem is the when i used imread to read the image it appears as a black image although when i browse it using image viewer the image was good. i used imadjust command to adjust image contrast , but it become brighter in the middle , but at the edges the brigntness is lower, so i want a command to change the image brighness equally through out the image
in the first column of the attached image i am tracing powder inside pocket , so the problem is that the pixel values at the pocket boundries is lower than in the middle , so it is traced as black (no powder), i think that comes from imadjust command

Image Analyst on 13 Dec 2018
⋮
You can multiply the image by a factor, or add a constant the the image. You can get those values from scroll bars if you build a GUI to do that.

⋮
first problem i have is using imread of 16 bit image, matab read it as black image although its contrast setting is good when viewing it using image viewer
second one, is as i mentioned that imadjust increase image contrast in the middle , but the boundries are not ,so when i convert my image to black , and white these point are read as black

⋮
The first problem is not a problem. imread() reads it as a 16 bit image just fine. If you don't believe me, look at the values in the workspace.
The second problem does not have to be a problem. imadjust() lets you adjust the contrast anywhere - just look at the documentation.
"but the boundries are not" <== are not what?
"when i convert my image to black..." <== Why are you converting your image to black???

khalid Elserfy on 14 Dec 2018
⋮
hi
thanks a lot for your reply
my problem is with that part that is highlighted in the attached image , i do not know why it is darker compared to the points in the middle of the pocket. 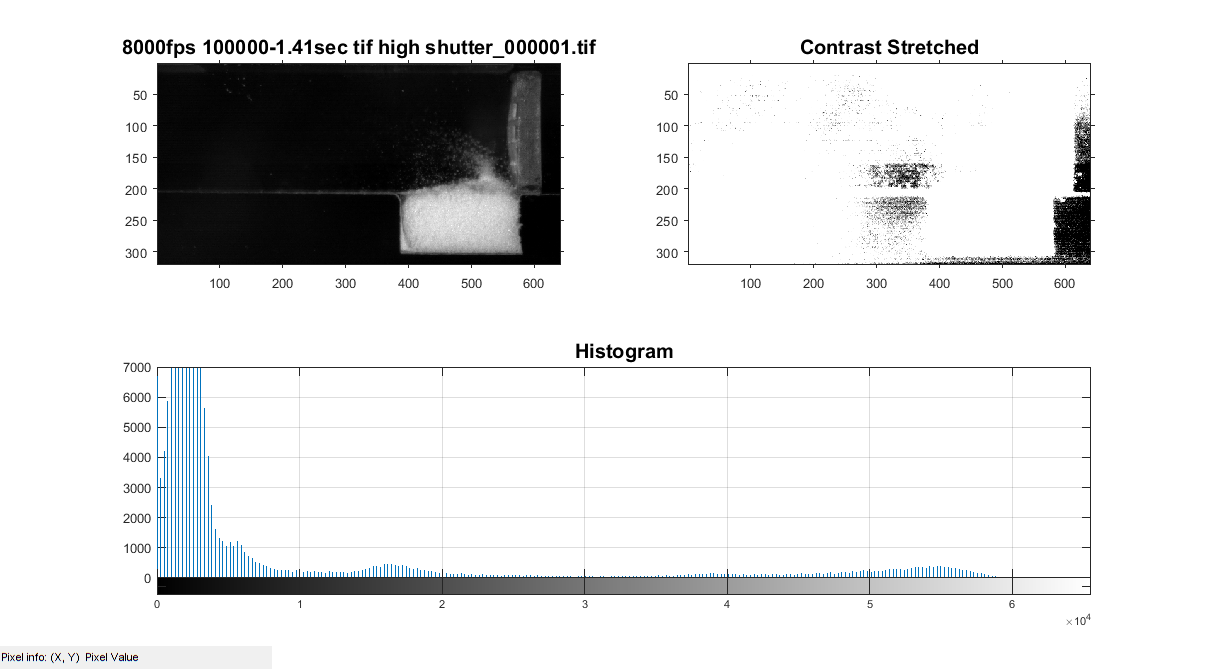