Frida Güereca Estrada on 12 Jun 2017
⋮
Commented: Sulaymon Eshkabilov on 26 May 2019
I'm trying to make a variable resistor by using a "Current-Voltage Simscape Interface" block, connecting a resistor to scs+- inputs to it and connecting to an outputot voltage the sps+- outputs.
I have the next ERROR:
Transient initialization, solving for consistent states and modes, failed to converge. ...Nonlinear solver: failed to converge, residual norm too large. ......Here is the set of components with unconverged equations:'PV_IO/SM_Sistema/Variable Resistor1'
And in the image you can see the source for variable resistor. 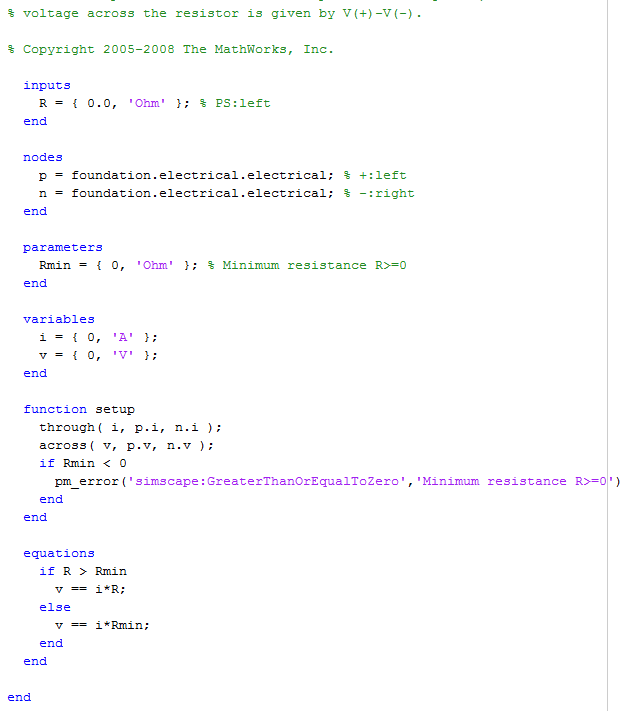 Any answer can help! Thanks!

⋮
Could you please provide the actual code not its printscreen to test your code?