Combine masked images into one, with each mask having a unique color.

Alex Lefebvre on 12 May 2022
⋮
Commented: Alex Lefebvre on 12 May 2022
Accepted Answer: DGM
Good day,
I'm tracking the migration of a spill into a soil column by taking pictures. The spill is dyed red and so I use Hue threholds to produce masked images and binary images (to track the spill in each image), then bwboundaries to produce contours. It gives me something like the image attached (left part) once I compile a few image contours. However, in addition to having contours, I'm hoping to assign a color to each area so it looks like the attached picture (on the right). I would rather track the progression of the spill by the fill color instead of the contour color (contours can all be black). However, I don't know how to proceed. What function do you recommend? If there's a more efficient way of doing this than what I've described so far, please let me know, my experience with mathlab is limited. Thank you.

⋮
Ran in:
I think that calculating the boundary images is going to be counterproductive toward that goal. It's probably going to be best to start somewhere back a few steps. That said, I don't know what your source or intermediate images look like, so I'm not sure what to recommend.
That said, this isn't really a contour map of a scalar field. It's a sequence of approximate flow fronts over time, so unlike a contour map, the lines can intersect. Trying to represent that with opaque fills may be visually confusing, and it becomes problematic trying to decide which "level" is on top. Consider the following simplified example:
% a set of binary images
m1 = imread('m1.png')>128;
m2 = imread('m2.png')>128;
m3 = imread('m3.png')>128;
m4 = imread('m4.png')>128;
M = cat(4,m1,m2,m3,m4);
sz = [size(M,1) size(M,2)];
% for sake of viewing, just take the mean
meanimg = mean(M,4);
% which filled "contour" level gets drawn on top?
imshow(meanimg) 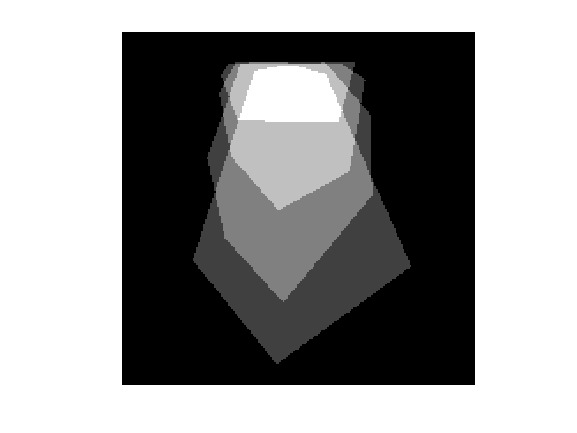 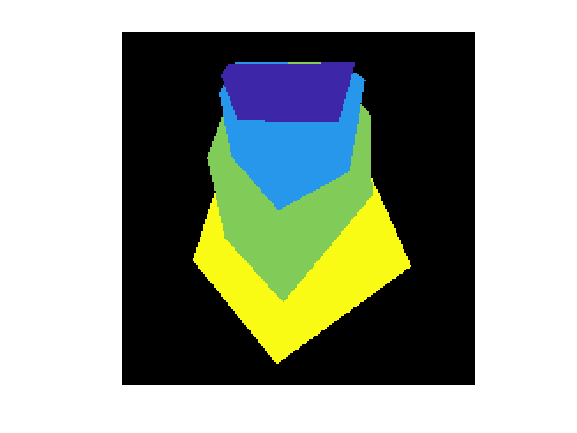 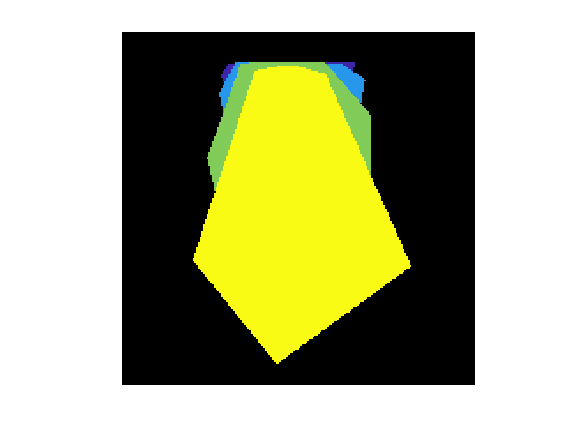 There probably is some conventional way to plot things like this, but I'm not familiar with it.

⋮
Those solutions are good for me! That's good thinking, you really understood what I meant. Thank you. 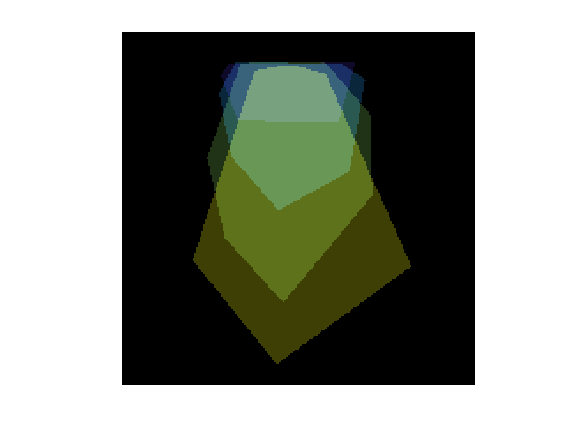 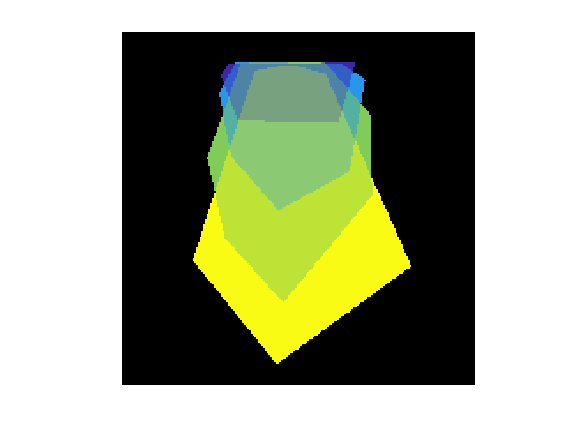 I'm sure the latter example could be simplified, but I'm not really used to thinking about these compositions with base MATLAB tools.

⋮
Those are all really good suggestions, thank you. The previous options you mentioned worked like a charm, but I'll give those recent ones a try as well. But they are all good options! It comes down to the type of spill and what options best illustrate how it migrates. Worth trying it all.