What is the best way to make bodemag of multiple MIMO systems distinguishable? Markers? 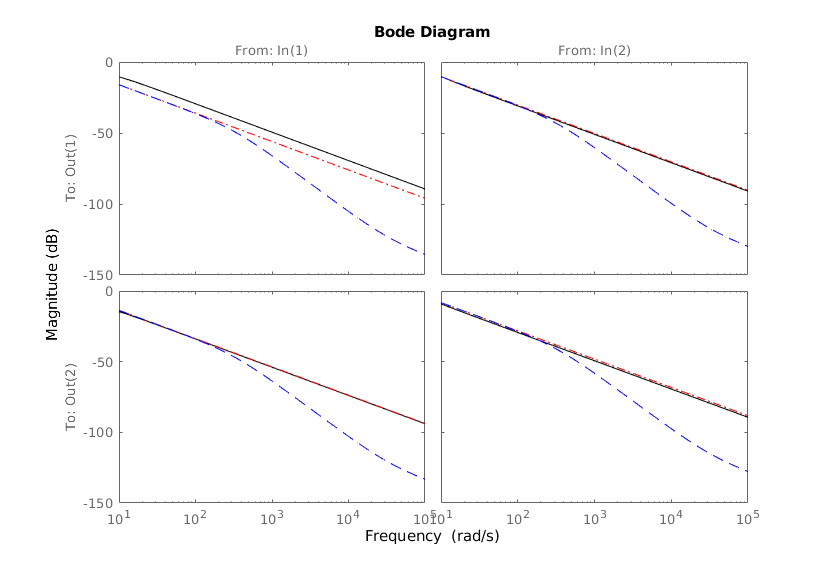 Now, I need a way to make such a figure B/W printer friendly (for some scientific article) and for the reader to be able to clearly distinguish between those systems and in specific frequency range (i.e {1e1,1e5}). Only way seems to be using the markers, but as far as I've tried, this part of MATLAB seems to be limited in combination with bodemag (and my existing knowledge of plotting figures).
I have tried to plot the response for all three systems without markers (i.e the image above), then hold on, then add markers for two overlapping systems with unequally distant points (i.e no overlapping of points) but without success.
[EDIT] Below is one of the examples I'm dealing with (the minimum code to replicate would be too long without saving all the variables and sharing that way). Here, for two out of four systems, I have added '--bd' and '-.rx'. Which makes this figure look horrible... Not to mention that the third out of four (solid green) is nowhere to be seen. 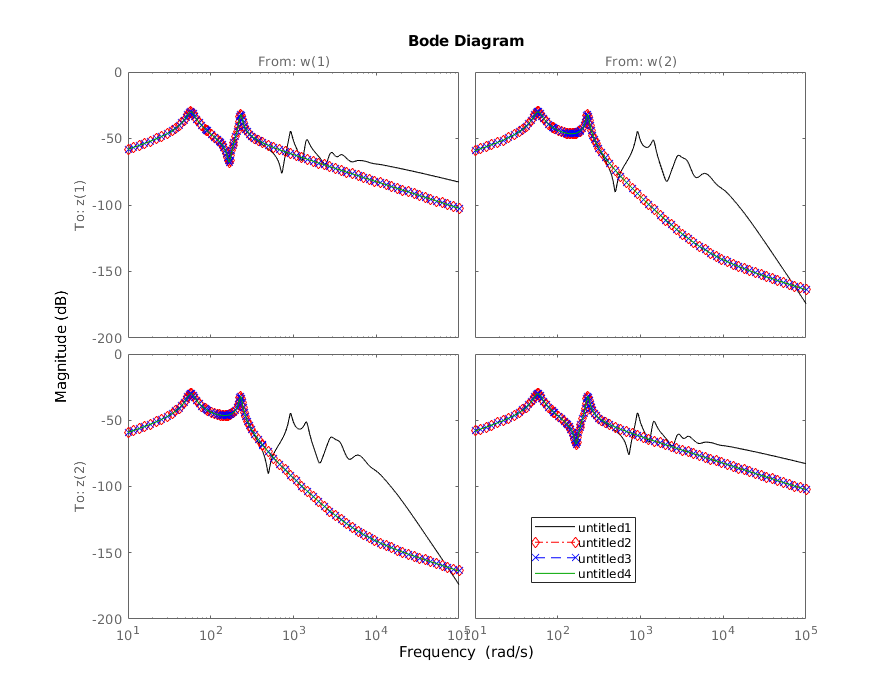 Any help would come great - even if there is a way to do it without markers.
Cheers all,
Bruno 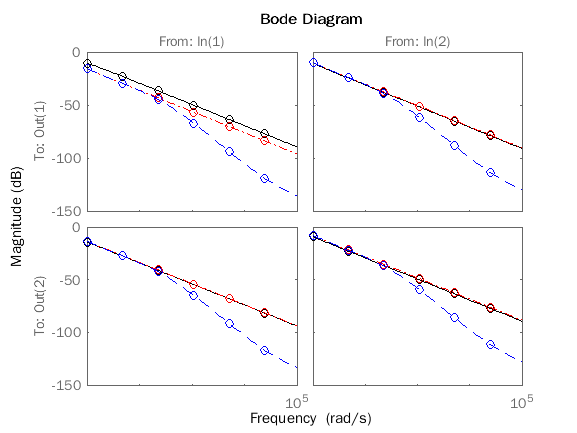 ⋮
Wow! Perhaps not as straight forward as I taught the solution might be but it's right on spot and in right time.
Thank you for such a promt reply!
Best regards,
Bruno 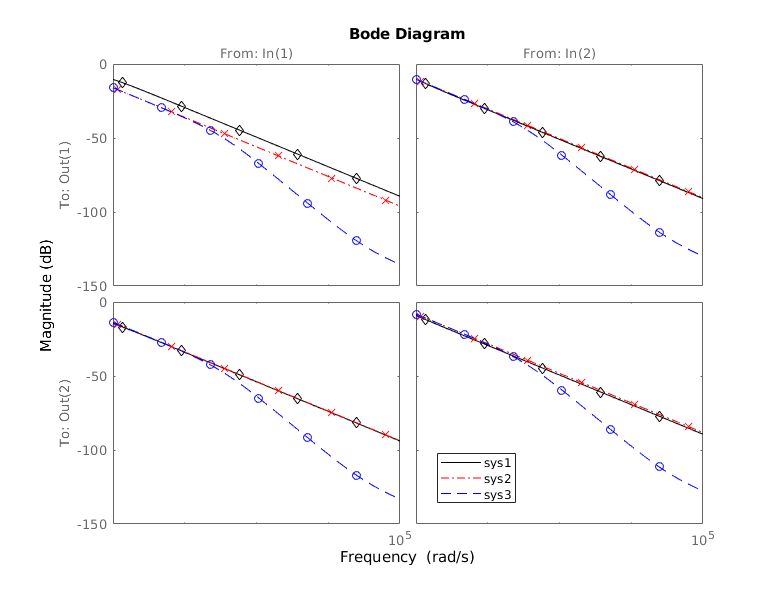 Which look exactly as I have imagined but now the legend is missing the markers. @Paul, any way to add markers to the line it belongs to in a legend (besides a slight after processing of the image in Inkscape/Paint)? :) 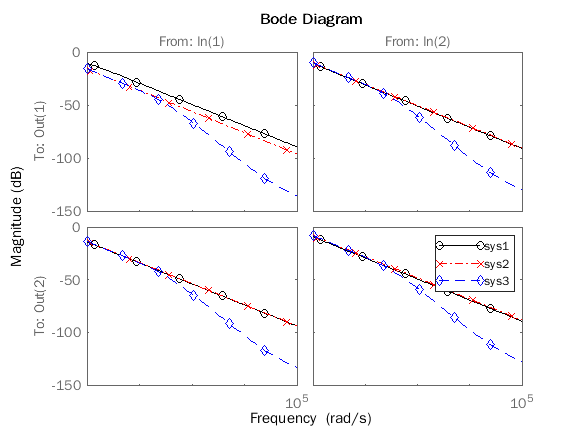