“At Nissan, we have been finding new ways to speed development and improve our products with Model-Based Design for many years. Most recently, it was with the introduction of MATLAB and Simulink optimization products to reduce emissions by improving the performance of an existing AFR controller design.” 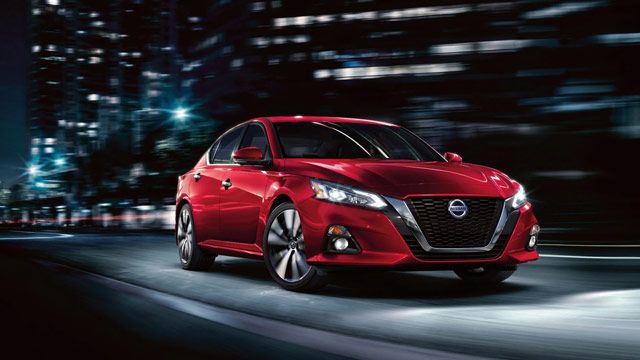 For almost two decades, engineers at Nissan Motor Corporation have used Model-Based Design with MATLAB® and Simulink® to accelerate the development of control systems for automotive components. Today, about 85% of all Nissan powertrain control applications are developed using Model-Based Design.

Nissan engineers were recently tasked with improving the performance and reducing the calibration time of an air-fuel ratio (AFR) controller design that was already in mass production. The AFR system used sliding mode control (SMC), a method that enables the controller to handle plant uncertainties and disturbances. To optimize controller gain values, automate calibration steps, and reduce emissions, the engineers used Optimization Toolbox™ and Simulink Design Optimization™ with MATLAB, Simulink, and other tools for Model-Based Design.

“Using MathWorks optimization tools, we increased the performance of our AFR controller while improving our calibration methods,” says Hiroshi Katoh, deputy general manager of the powertrain control engineering department at Nissan Motor Corporation. “As a result, we’ve reduced NOx and CO emissions under certain conditions by half or more.”

Because the AFR system was already in production, the Nissan team working on the improved design was directed to change only the controller’s gain values, not its structure or size. To improve control performance, the engineers first needed to create an accurate plant model based on measured input-output data.

Nissan engineers used MATLAB and Simulink products for system identification and optimization to improve the performance of their existing AFR controller and automate controller calibration.

They first worked with a MathWorks application engineer on a pilot project to demonstrate the feasibility of reducing emissions and calibration times by optimizing the controller.

Using System Identification Toolbox™, the Nissan engineers identified parameters for a plant model of the engine based on measured input and output frequency-domain data. The team used Optimization Toolbox to solve a constrained nonlinear optimization problem and to minimize the error between the plant model simulation results and the measured frequency-response data.

Once they had an accurate plant model, the team used Control System Toolbox™ to tune the gain of the SMC.

Next, the Nissan engineers automated the model calibration process with Simulink Design Optimization. Instead of manually testing parameter values, they now specify time-domain signal response requirements in the Simulink model and select the gains that will automatically be tuned to meet the specified requirements.

Having proved the feasibility of the optimization-based calibration method in the pilot project, Nissan has begun using it to modify AFR control calibration for existing products and plans to use it for other device control applications, such as turbocharger and variable valve timing (VVT) control.